Control is the crux of it. With normal graphics, and normal art, the artist has an internal vision and then reproduces it in material form by hand. You put a stroke here, a blob there, until the painting realizes what you saw in your imagination... As I described from my earliest experiments as a child, what I want is not to "get what I asked for" but to get something I haven’t even thought of, and never imagined. I want to surprise myself, the creator. Generative art is the path in this direction.

Synthesis was my graduation project while studying Photography and Situated Media at the University of Technology Sydney, and the culmination of 6 months research and practical work. The final project was a physical “theremin” which could be used to control a projected visual display like a musical instrument.

In creating the visuals I had my first opportunity to work with 3D graphics – in this case, using three.js and GLSL to render the "flowers" in response to Arduino input from the instrument.

Each of the inputs correspond to different parameters that modify the shape and movements of the flowers, sometimes far beyond recognition. I really wanted to create a sense of play and exploration while the viewers interacted with the work. Because of the instrument's design, it cannot be intuitively controlled by a single person: it is instead encouraged that visitors collaborate to experiment with its permutations without instruction, and I feel that it was successful in that respect.

The instrument is constructed from a number of inputs: a capacitive theremin made using a coat hanger, spare electronics and an Arduino board forms the main interaction device controlling the "amplitude" of the visuals. Additionally, there are five infrared proximity sensors and four potentiometers for controlling the remaining parameters.

The somewhat unconventional design borrows from the Theremin, an electronic instrument from the 1920's. But while the installation produced no audio, the flowers' 3D shapes were generated and distorted by a combination of sinusoidal waves - a common form between light, sound and electricity. Conceptually it was my intention to let the viewer play with light and form in a new way, taking advantage of the nature of generative art to yield unexpected and intriguing results that I could not achieve with a more traditional artwork. 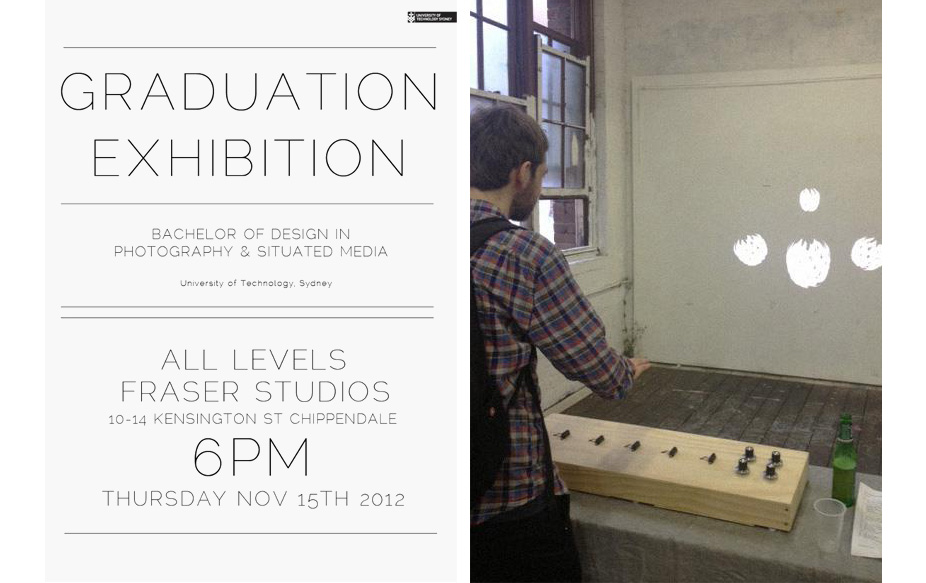