"stackgl is an open software ecosystem for WebGL, built on top of browserify and npm. Inspired by the Unix philosophy, stackgl modules "do one thing, and do it well". It is easy to use parts of stackgl à la carte, and because it is written from the bottom up, you can always drill down a layer. Unlike many 3D engines, stackgl emphasizes writing shader code, and provides powerful tools like glslify which bring the modularity and productivity of npm to GLSL!"

In collaboration with Mikola Lysenko, Matt DesLauriers, Chris Dickinson, and over 120 other volunteers, I helped create and maintain the stackgl ecosystem. This was a broad effort: in addition to writing a large number of graphics-oriented JavaScript tools we produced free learning resources such as shader-school and webgl-workshop, and contributed a chapter on glslify to WebGL Insights. 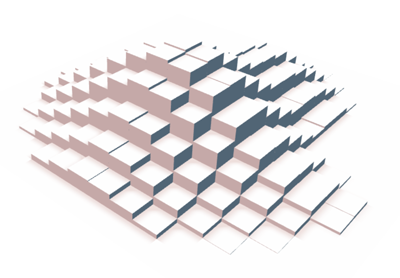 Beginning as a pairing of glslify and "gl-modules" to build a community around the stack, I designed and developed the project's website, including its WebGL animation and the infrastructure behind the project documentation.

Work on the project has slowed down in favour of other commitments, but thanks to its modular nature many of the resources and components built are still regularly in use today. Particularly of note are glslify and its collection of shader utilities, and the large number of geometry manipulation packages (mostly provided by Mikola). These tools aren't tied to stackgl, and can be used with other frameworks and libraries such as three.js, regl, pex and PixiJS.