While I was contracting for Small Multiples in 2013, John Allsopp approached the team to produce the Opening Titles for that year's Web Directions South conference. I led the project’s design and development effort, with assistance from Jack Zhao and François Robichet on concept development and the creation of 3D models. The music was generously supplied by Thomas Barrandon.

Because the conference is targeted towards web developers, it's become something of a tradition for the titles to be rendered real time in a web browser. As such, we chose to create a short WebGL animation which both reflected the spirit of the conference and gave the audience a taste of what the "evergreen" browsers were capable of at the time.

The animation is best experienced in its native environment, the browser. Sadly however, SoundCloud's audio playback has broken recently. While you can view the visuals in realtime but the audio won't play. The site is still available here if you're curious – otherwise I recommend viewing our recording:

The primary tools powering the project were npm, browserify and glslify. When combined, these tools offered a great workflow for writing JavaScript and GLSL in a modular fashion. Blender helped us create the sharks, buildings, trees, and "eggs". These could then easily be imported to the project to be used alongside the algorithmically generated content. 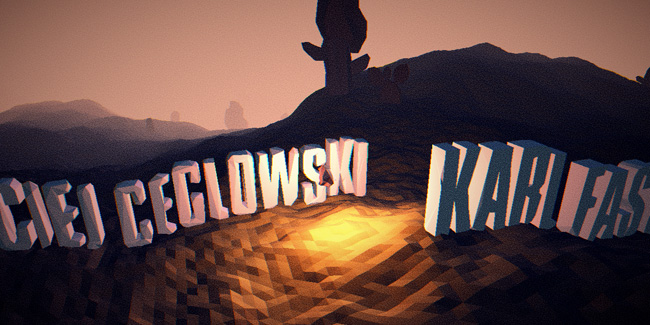 Overall, the project was a fantastic opportunity to experiment both aesthetically and technically – this was my first deep dive into graphics programming, and I learned a lot about animation and image processing along the way. I also had the opportunity to dabble in print design, creating the postcards below to promote Small Multiples at the conference.

The project, including all of the modules, content and algorithms used within, are Open Source and available on GitHub. 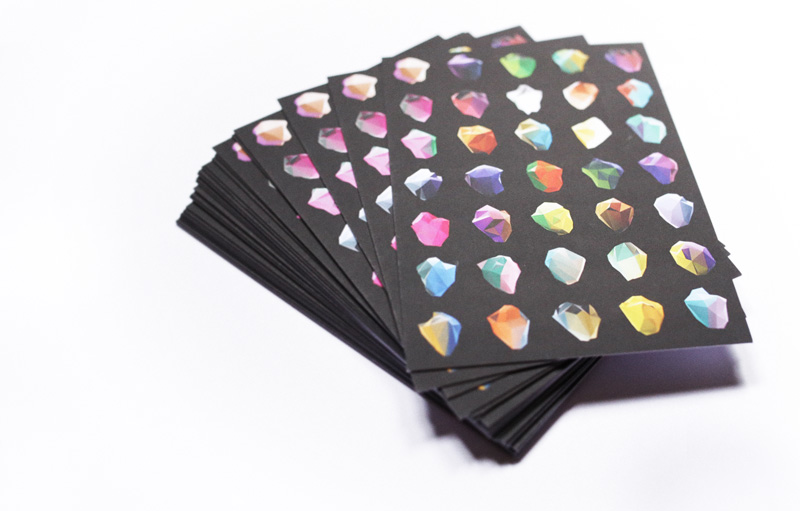